Feeling fatigued or forgetful? You may be deficient in vitamin B12

Vitamin B12 is vital for energy, a healthy nervous system and regulating mood. Vitamin B12 deficiency has been shown to occur in around 6% of those under 60 and 20% of those over the age of 60.[1]

However, there are a growing number of UK clinics marketing vitamin B12 injections coming with health claims such as ‘weight loss’, ‘hangover cure’, and ‘popular with celebs’.

The big question is whether we really need them?

Vitamin B12 is known as the energy vitamin and plays a role in converting the food we eat into energy within the body. B12 also plays an important role in the formation of healthy red blood cells and maintaining the function of the nervous system.

How much vitamin B12 do I need?

The UK government currently recommends that adults 19-64 years of age consume 1.5 (mcg) per day. This can be fulfilled from dietary sources such as meat, fish, eggs and dairy products.

Despite this, a recent study concluded that 1 in 12 women between 19-39 was deficient in B12 despite consuming at least the UK recommended minimum intake. The study concluded that levels should be measured in women pre-conceptionally or in early pregnancy to avoid potential vitamin b12 deficiencies.[2]

The reference nutrient intake for B12 is currently higher in the US and Europe.

How do I know if I’m deficient in vitamin B12?

Symptoms can vary from extreme tiredness, a general lack of energy, pins and needles, a sore or red tongue, mouth ulcers, disturbed vision, loss of memory or forgetfulness and some psychological problems such as depression and irritability.

Vitamin B12 is stored in the liver, which explains why deficiencies can take as long as 2-4 years to develop and symptoms to manifest.

Who is at risk?

Deficiencies tend to be due to one of three courses; malabsorption, insufficient intake or medical conditions.

You may want to test for vitamin B12 deficiency if you have any of the following:

The most common cause of B12 deficiency. This condition affects the stomach’s and ability to absorb B12 and is more common in females over 50 years of age and those with autoimmune conditions.

Vitamin B12 is found almost exclusively in animal products with the exception of a small amount in some types of algae, which means that a strict vegan diet can lead to deficiencies.

Vegetarian diets are slightly less susceptible to deficiencies as long as they are including dairy products and some fortified foods within their diet.

This can boil down to the fact older adults are more susceptible to conditions that reduce levels of stomach acid, which is an essential component for B12 absorption.

Older adults may want to think about increasing intake of fortified foods such as cereals or supplementation as these forms of B12 require less stomach acid for absorption.

Metformin is most commonly taken for diabetes and insulin resistances and has been shown to reduce B12 levels by 30% for people who take metformin chronically.[4]

Proton pump inhibitors (PPIs) are prescribed medicines commonly used to treat acid reflux and indigestion. These inhibit the production of stomach acid, which negatively affects vitamin B12 absorption from the food we eat.

Other conditions that may lead to deficiencies:

How can I test for vitamin B12 deficiency?

A blood test will measure B12 levels circulating in the bloodstream.

How much is too much vitamin B12?

The Department of Health recommends that you do not exceed 2000mcg or 2mg per day in supplement form.

Are vitamin B12 injections worth it?

B12 injections are being marketed online and on the high street, with numerous spas offering the service and even Wowcher deals! Many of these injections come with health claims such as ‘weight loss’, ‘quick burst of energy’, ‘hangover cure’ and ‘helps you get up in the morning!’

The truth is, that unless you have a vitamin B12 deficiency, there is no evidence to support these health claims. The B12 dose given with injections are usually many times the level the body can absorb, so most of the B12 is rapidly excreted in the urine.. #expensiveurine!

In the UK, B12 injections can only be used as a medical treatment when under prescription, otherwise it’s against the law for companies to claim it can relieve symptoms, provide cures or remedies. At the end of the day, it is important to be wary of any company making ‘to-good-to-be-true’ claims, and if you have concerns about deficiencies it is important to visit your GP to get your levels checked.

Lily is a London Nutritionist who graduated from Newcastle University with a BSc (Hons) degree in Food and Human Nutrition (AfN accredited) where she was awarded the Sage Faculty for Excellence Scholarship on an annual basis. She then went on to complete a 2-year post-graduate Diploma in Nutritional Therapy and is currently working towards her MSc in Nutritional Medicine (AfN accredited) at the University of Surrey. Lily’s extensive knowledge of the science of food and health, enables her to regularly write for The Times, The Telegraph, The Daily Mail, The Independent, Women’s Health and Cosmopolitan.

Lily also sees individual clients from her nutrition clinic in Chelsea, London and a private medical practice based in Notting Hill. 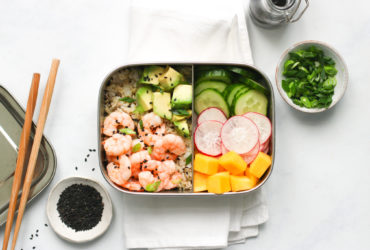 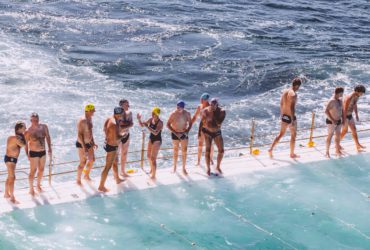